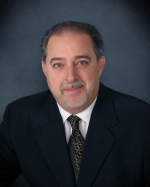 Dan Gelfond is a professional videographer, documentarian, and President of Keepsake Family Tree Video. Blending his rich background in radio and broadcast media with his ability to generate visceral responses in his subjects, Dan is a master storyteller.

Through his affiliation with the Steven Spielberg Foundation (founded by Steven Spielberg), Dan has honed his craft as a brilliant interviewer. He takes great pride in having contributed to one of the largest collections of life stories in history –personal recollections chronicled and archived for all time.

Dan is pleased to bring his technical expertise and experience with the Steven Spielberg Foundation to Personal History Interviews, and partner with his friend, mentor and fellow Spielberg “alumnai”, Ron Bliwas. 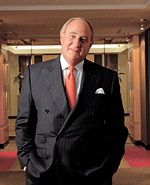 Ron Bliwas is the country’s leading authority on television direct response advertising or DRTV. As CEO/President of A. Eicoff and Company, he helped the agency become one of the top 10 in Chicago, with a roster of blue chip and entrepreneurial companies. Ron speaks regularly about direct response television advertising in various forums, and was interviewed on the subject by Mike Wallace for 60 MINUTES.

Ron has received many honors, including being named one of the most influential people in Chicago by Crain’s Chicago Business. He was also inducted into the Direct Marketing Association’s Hall of fame in 2007.

Of his many accomplishments, Ron is most proud of the work he’s done for the Steven Spielberg Spielberg Foundation. The opportunity to document the memories of holocaust survivors have been among the most rewarding experiences of his life.

If memories aren’t shared, they fade away. If stories aren’t passed down, they disappear forever. Contact Dan and Ron today at 847.940.9999 to schedule your personal history interview.